By far the prettiest waterfall on Mount Shasta, Ash Creek Falls is one of the finest falls in California. Set in the deep cleft of Ash Creek Canyon, the waterfall makes a tremendous scene as it pours over the cliff in a powerful freefall, then hits a hard rocky bulge and explodes into a profusion of silky showers. High above, Mount Shasta and the gargantuan Wintun Glacier hold sway on the horizon. This 330 foot high waterfall combines the power of Mud Creek Falls with the grace of Whitney Falls. It does not have the volume of the former, though it has does have a significant amount of water and far more than flows through latter. In short, it is the best combination of grace and power.

Amazingly, this waterfall has been left off the most popular guide for waterfalls in California. So much the better, for those who want to enjoy this incredible sight by themselves. Omission from a guidebook is not the only reason for Ash Creek Falls’ light visitation. It is also at the end of a cross-country route that begins at the terminus of the Brewer Creek Trail, the most isolated and lightly used trail on Mount Shasta. From the end of the trail (a worthy and spectacular hike in its own right), the route leads across the open, barren volcanic slopes of the mountain, across a deep, dry gully and down a very steep slope to a vista point that is only 0.25 miles from the falls. For those who want a close look, there is a route that leads down to the top of the waterfall and beyond, to the far side of the canyon, though the views are not as good from that side. This area can also be reached from the Cold Springs area. However one gets to Ash Creek Falls, it is an image that is impossible to forget. 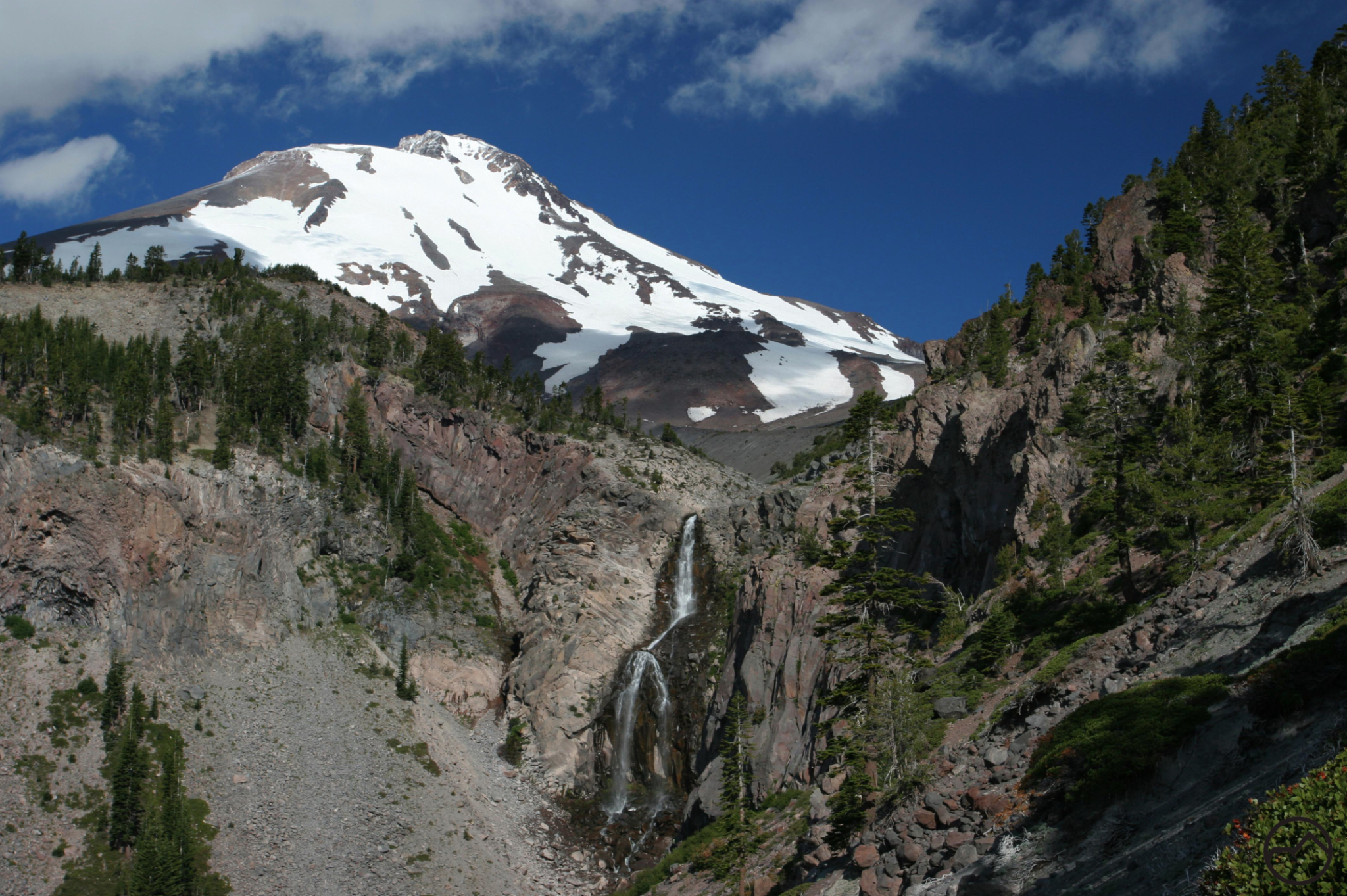