Born in 1868 near Whitewater, Wisconsin, Edward Curtis Sheriff became one of America’s finest photographers and ethnologists. When the Curtis family moved to Port Orchard, Washington in 1887, Edward’s gift for photography led him to an investigation of the Indians living on the Seattle waterfront. His portrait of Chief Seattle’s daughter, Princess Angeline, won Curtis the highest award in a photographic contest. Having become well-known for his work-with the Indians, Curtis participated in the 1899 Harriman expedition to Alaska as one of two official photographers. He then accompanied George Bird Grinell, editor of Forest and Stream, on a trip to northern Montana. There they witnessed the deeply sacred Sundance of the Piegan and Blackfoot tribes. Traveling on horseback, with their pack horses trailing behind, they emerged from the mountains to view the valley floor massed with over a thousand teepees – an awesome sight to Curtis and one that transformed his life.

Everything fell into place at that moment: it was clear to him that he was to record, with pen and camera, the life of the North American Indian. Edward S. Curtis devoted the next 30 years photographing and documenting over eighty,tribes west of the Mississippi, from the Mexican border to northern Alaska. His project won support from such prominent and powerful figures as President Theodore Roosevelt and J. Pierpont Morgan. From 1911-1914, Curtis also produced and directed a silent film based on the mythology of the Rawakiutl Indians of the Pacific Northwest. Upon its completion in 1930, the work, entitled The North American Indian consisted of 20 volumes, each containing 75 hand-pressed photogravures and 300 pages of text. Each volume was accompanied by a corresponding portfolio containing at least 36 photogravures. 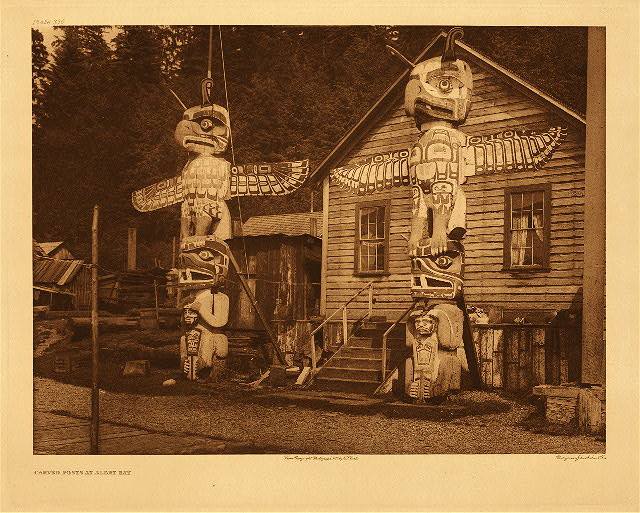