For those who have not been inside the Fort Jones Museum for awhile, a surprise awaits! Built in 1947, the museum has been remodeled several times and now offers much more display space.

Many of the displays have been re-organized and many items brought out of storage. Friends of the Museum spent the greater part of the fall and spring of last year cataloguing and identifying artifacts, and Curator Cecelia Reuter and her assistant Debbie McCulley have cleaned and re-organized several displays.

One of the jobs undertaken included labeling and identifying all of the rocks and geologic samples inside and outside the museum. Among those include a millstone from the Fort Jones Flour Mill, one from an Etna flour mill (not actually named, however), and one from Montague.

Cecelia noted that the original rock work, including the interior arch, was done by J. Dempsey, mason.

The building was built specifically to house the museum back in 1947, and a photo of the founders can be seen at the museum.

The war memorabilia has been organized by war and era and includes German artifacts, swords and guns, as well as Hugh Gepford’s Eisenhower WWII jacket. All of the guns, swords, and knives are now out for viewing.

There are newly-organized Native American displays as well, which include some items that had been stored for several years. Visitors should note the number of baskets and the rare and sacred White Deerskin.

New photos, other smaller objects, a metal egg box, donated by Sara Whipple, and a Willard’s chocolate box, which was also recently donated to the museum, will be displayed. From the Bisagno estate have come the wedding gown and suit worn by E. Reichman and his bride.

Not to be missed is the Carriage House, located 2 blocks away, next to the City Hall and Fort Jones’ Library. A variety of vintage and antique vehicles have been preserved. 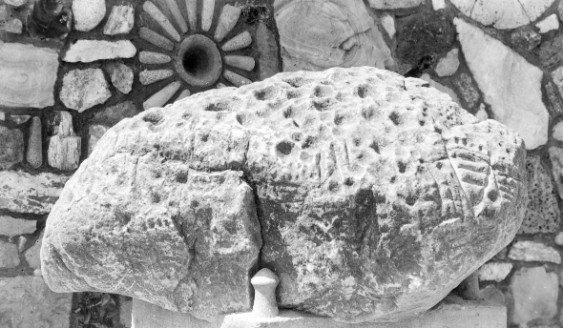