Mount Eddy is the highest mountain in the Eddys (a subrange of the Klamath Mountains), the highest point in Trinity County, and interestingly enough, the highest mountain W of Interstate 5. It is by far the highest peak in the region… except for one Mount Shasta (a mere 5,000-something ft. higher), which lies just across the valley. Mt. Eddy was named after Olive Paddock Eddy, the first woman to climb Mt. Shasta. Mount Eddy’s biggest attributes are its relative solitude (at least compared with Mount Shasta and Lassen Peak), beautiful surroundings, a relatively painless route up a majestic peak (the standard trail is 9.4 miles round-trip, has 2,850 ft. elevation gain, & is class 1), and perhaps most notably the amazing views, particularly the neck-bending ones of mighty Mt. Shasta. 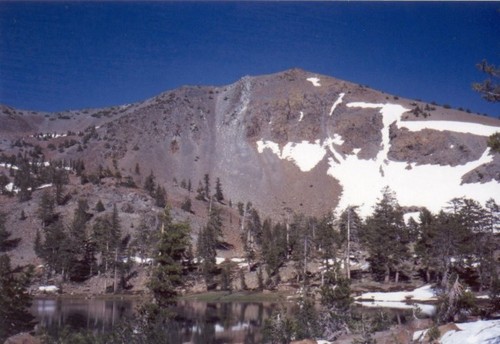