Opened in 1888, Mt Shasta is the oldest trout hatchery west of the Mississippi. The Sisson Museum on site has excellent displays and presentations. Skiing, hiking, fishing, hunting, backpacking, mountaineering are all available in the shadow of towering 14,179 foot Mt Shasta. Picnic tables are on site.

Fish raised at the hatchery:

Brown Trout – Originally from parts of Eastern Europe, the brown trout has been planted in this state for many years. A favorite of many anglers, the brown continues to be stocked in select waters despites its non-native heritage. Approximately three million eggs are produced every year at Mount Shasta.

Brook Trout Originating from the Eastern United States, brook trout were brought over the rail lines in the early 1800’s Despite their common name, the brook trout is actually a char. Brook trout are received from Crystal Lake Hatchery as eggs and catchable-size fish for stocking local waters. These brook trout are planted via air and truck into various northern California waters.

Rainbow Troute– This popular fish, native to the tributaries of the pacific ocean in North American and Asia, can now be found all over the world. Farmed as food in many areas, rainbow trout can now be found in South America, Europe, and the Middle East. Mount Shasta Hatchery currently raises 2 different strains of rainbow trout; Shasta and Coleman strains. Average egg take for the 2 rainbow trout strains is around 26 million eggs per year. Rainbow trout are provided for recreational angling are now sterile.

Spawning takes place from the beginning of November to mid-march. 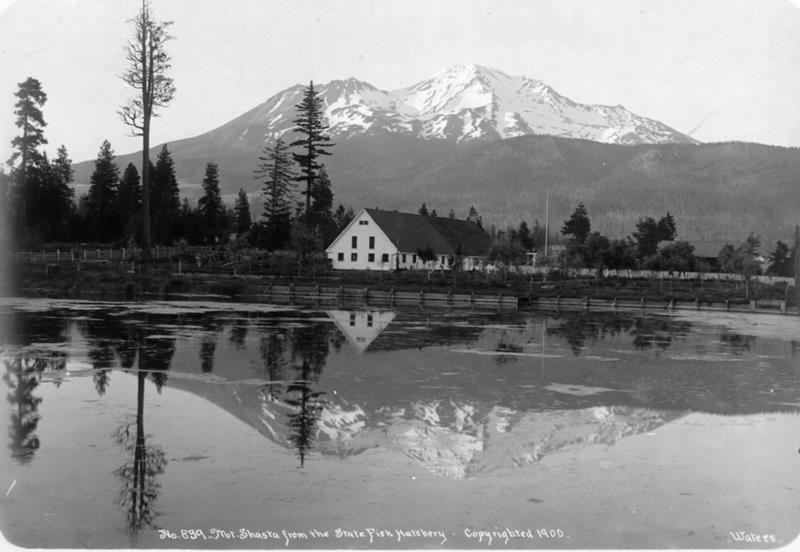