How to Find 100 Bird Species During a Weekend in Siskiyou

As is typically the case, the key to posting big numbers in a given area is access to a diversity of habitat, and a determined birder can cover a lot of ground in Siskiyou. From lakes and mountains to riparian zones and sagebrush steppe, there are plenty of gorgeous places to seek out many bird species in Siskiyou. Although we had previously birded a few places near the border in winter, this was our first opportunity to extensively explore the county and find out what exactly Siskiyou has to offer. In the end, not only did we come away with a big list of birds, but we had a fantastic time and found several places that we know we’ll want to revisit in the future. 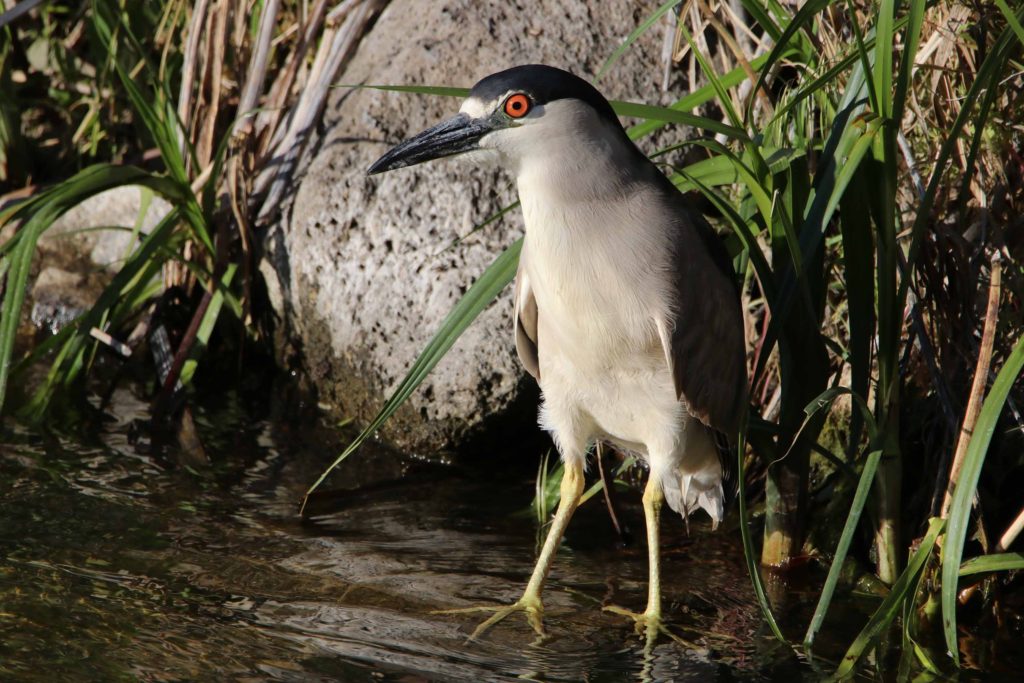 Our plan was straightforward: follow the larger highways to cut a roughly ‘V’-shaped swath across the county. We would head down I-5 from Oregon as far as Lake Siskiyou; follow US 97 northward; and take SR 161 east to where we can to access Lower Klamath and Tulelake National Wildlife Refuges. We chose our itinerary advisedly, such that we maximized the number of hotspots we were able visit in the time available, as well as travel to areas where the expected species differed from stop to stop.

Our first destination was the Randolph E. Collier rest area, a bit north of Yreka off I-5. Although unfortunately closed for repairs during our visit, we were able to park just opposite along the Klamath River and look in. Not only did we quickly find a singing Lazuli Bunting and an active pair of Bullock’s Orioles, we were quite happy to locate a Lewis’s Woodpecker to help start our trip off right!

At Shasta Valley Wildlife Area (fee area) we were fortunate to spot two Golden Eagles right off the bat.  It’s mostly open here, at least for the first few miles of road, and we were able to pick up Western Kingbird, Black-billed Magpie, and Yellow-headed Blackbird. eBird indicates Ash-throated Flycatcher, Great-tailed Grackle, Rock Wren, and Lark Sparrow can be found here in summer. By the time we’d arrived it was already midday and things were starting to quiet down, but it was clear that there’s much more to offer than we were able to turn up. I’m afraid our brief visit doesn’t do this place justice. 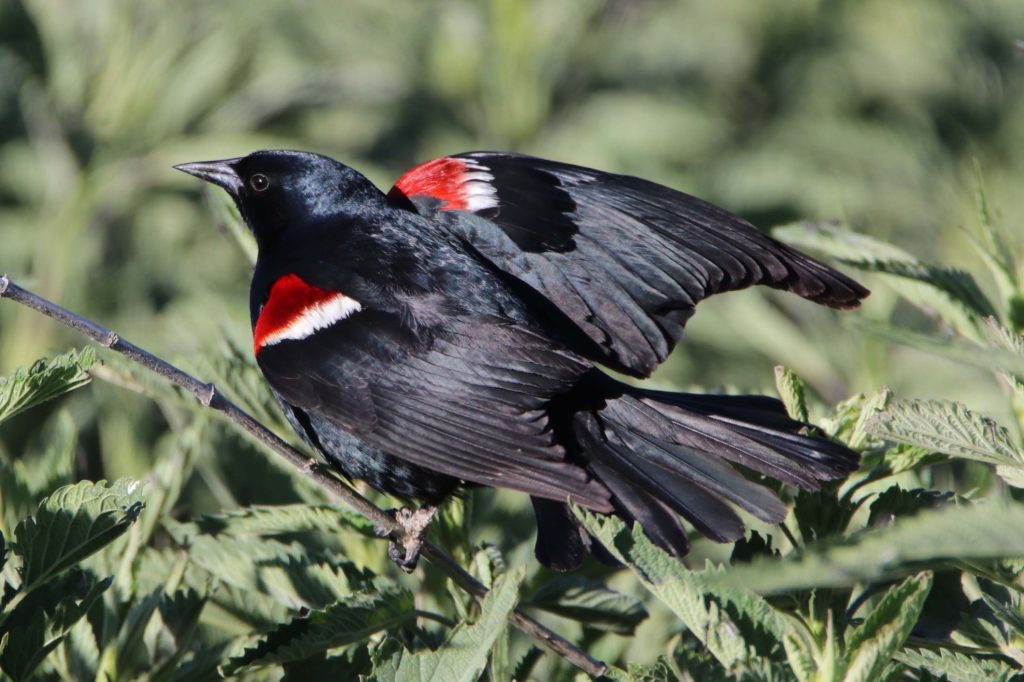 Lake Shastina holds huge numbers of Double-crested Cormorants, American White Pelicans, and Western Grebes. Western Grebes (and Clark’s Grebes – also present) are famous for their synchronized courtship displays, which include pairs running side-by-side over the surface of the water. We didn’t happen to witness this, but we did find some birds paired off who looked like they might have been practicing. Forster’s Terns plunge diving toward the center of the lake were a nice treat.

We settled for the night along the bank of Lake Siskiyou, where it’s possible to find higher-elevation species, like Mountain Chickadee and Hermit Warbler. It’s incredibly scenic here and a really beautiful place to wake up. Sharp-eared birders will pick out Nashville Warblers and Cassin’s Vireos from among the dawn chorus. We were even able to track down a singing MacGillivray’s Warbler at nearly eye-level and record some video.

Along the way up US 97 we hit Grass Lake Rest Area, by reputation a fairly reliable place to find Black Terns. A recurring theme of our trip was that all the birdy rest areas were closed for repairs(!), but our anxiety abated when we found a shady pullout a little farther up on the opposite side of the road. From there we scanned Grass Lake until we found our bird. As a bonus, we found that the little lot where we had ended up in also happened to be a trailhead leading into Klamath National Forest. Suddenly we were tallying Cassin’s Finches, Gray Flycatcher, and Chipping Sparrows.

Onward to Butte Valley! From US 97 we eventually turned down Meiss Lake Road. Raptors were out an about, including a Swainson’s Hawk, an American Kestrel, and a pair of feisty Red-tailed Hawks harassing a very put-out looking Bald Eagle. Eventually this road accesses Butte Valley Wildlife Area (fee area), which takes you right alongside Meiss Lake. We found an excellent variety of waterbirds and shorebirds here, including over two dozen American Avocets, several Wilson’s Phalaropes, Black-necked Stilts, and Willets. Even the more secretive birds were active, with American Bitterns booming and Soras whinnying at several points along the auto route tour.

The larger Butte Valley area includes the Butte Valley National Grassland, located just east of Meiss Lake and the Butte Valley Wildlife Area. Alas, we didn’t make it out quite that far, but even so we incidentally found lots of prairie habitat, and it’s a good idea to keep your eyes peeled for Prairie Falcons and Sage Thrashers around here (as well as Ferruginous Hawks in winter). 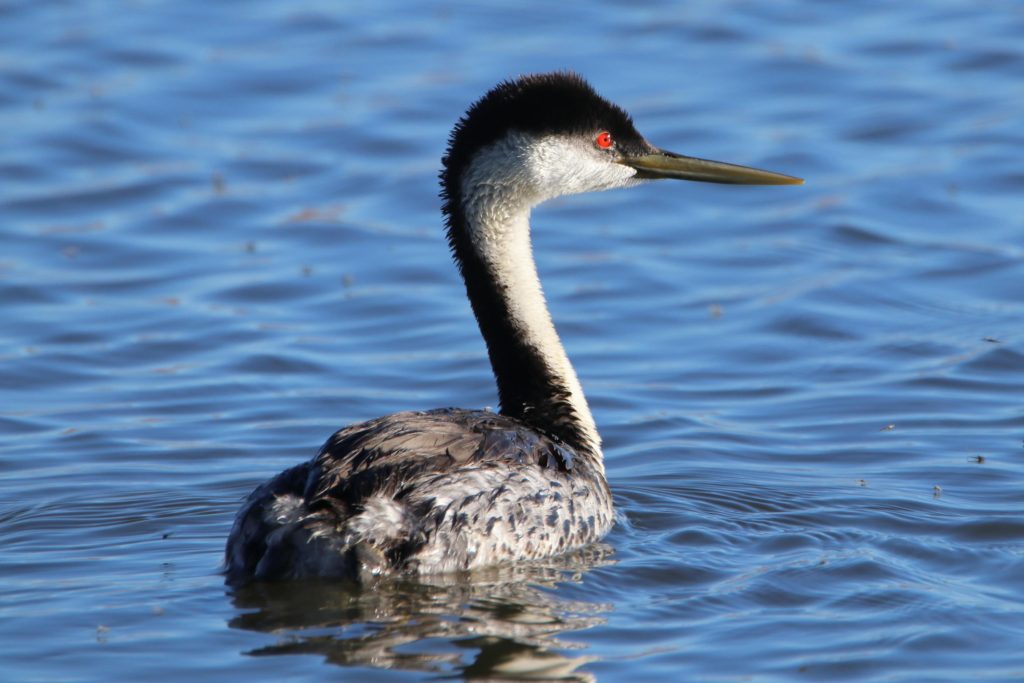 We proceeded up US 97 until coming to SR 161 and headed east. Once you hit the refuges, the shift in the variety of species is stark. We made a quick stop at Sheepy Lake in Lower Klamath National Wildlife Refuge where we picked up our first White-faced Ibises, Caspian Terns, and Black-crowned Night-Herons of the trip, all of which continued to be widely present throughout the refuges (both Lower Klamath and Tulelake NWRs).

We *highly* recommend the auto tour route at Tulelake NWR. Right at the entrance we spied a Snowy Egret, a rare find anywhere just across the border in Oregon. We were frequently able to pull the car close to the water’s edge for excellent opportunities to photograph a wide variety of ducks and grebes, including good looks at Western, Clark’s, and Eared Grebes.

We had used the bird-finding guide Birding Northern California, by John Kemper, to help plan our itinerary. Despite being published nearly 20 years ago, we managed to find a Short-eared Owl along the auto route in exactly the same area as described in the book. While eBird pinged it as rare, its reassuring that birders can still spot them here with the right combination of patience and luck.

One particular stretch of the auto route held several hundred Tricolored Blackbirds feeding, displaying, and collecting nesting material. California contains ~95% of the breeding population of this rapidly declining endangered species, making this an honest-to-goodness Siskiyou County specialty. We had incredible looks and captured loads of photos without even leaving our car.

Tulelake was a phenomenal finale to a jam-packed weekend of Siskiyou birding. Our itinerary yielded 110 species over three days, several of which we’re unable to see where we live in western Oregon. We certainly weren’t able to see and do everything in that brief time, and we’re excited to come back soon and continue exploring where we left off. 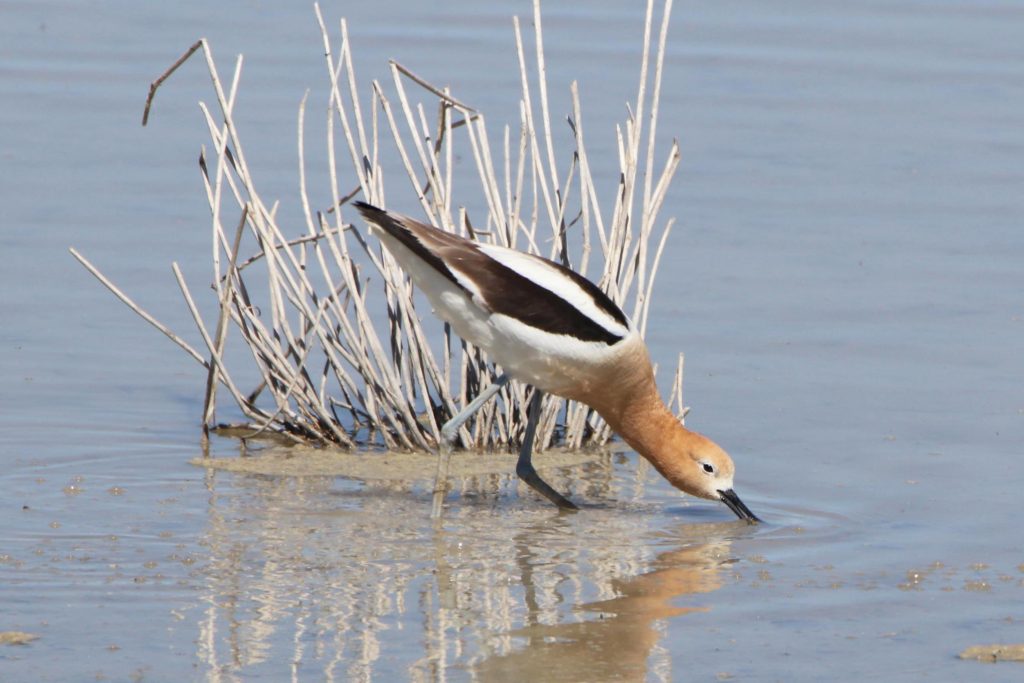