A Tombstone Tour of Siskiyou

From fur trappers to the Gold Rush to US Senators and Hollywood A-listers, Siskiyou certainly has a colorful past full of interesting characters laid to rest here. So in honor of Halloween, we thought we’d do a special tribute of some of the more interesting local graves for all the tombstone tourists out there – those individuals that have a passion for all things cemetery, aka “taphophiles.” 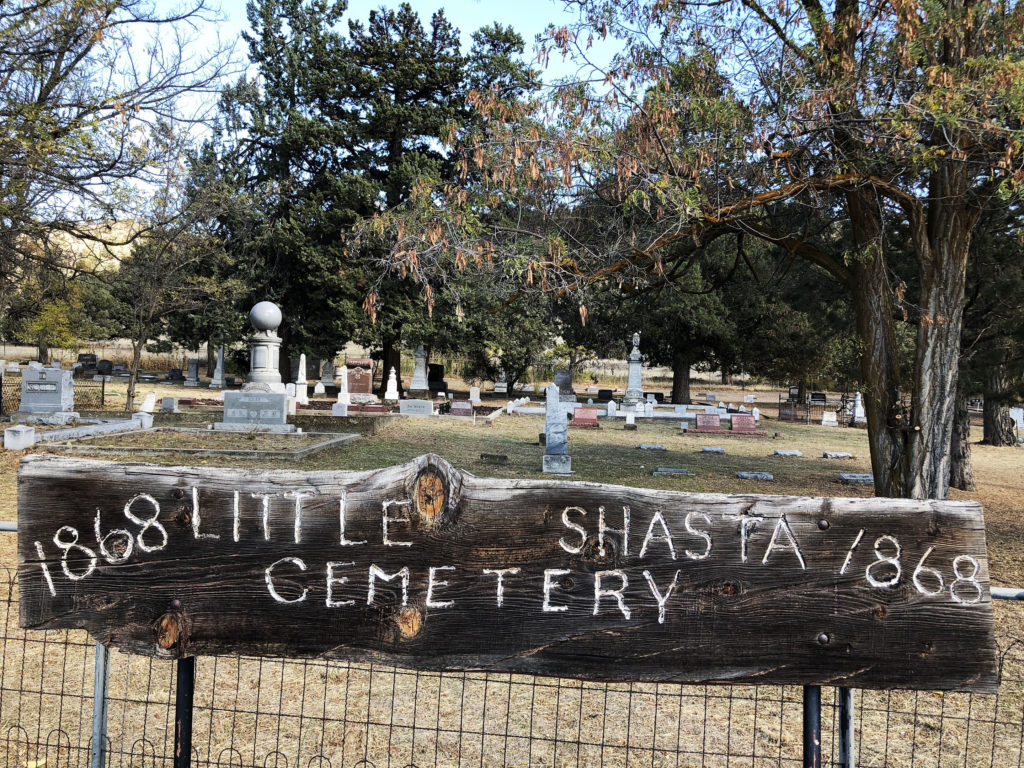 Quite possibly one of the most instagrammable settings in all of Siskiyou, this little gem of a cemetery is a treat for the living as much as the dead.  And buried here is an unlikely star:  Anthony “Scooter” Teague who was a Broadway actor and an in a few movies including West Side Story and How to Succeed in Business. His connection to Siskiyou has been lost with time, but the poetic symbolism that someone who starred in a modern version of Romeo & Juliet should be forever laid to rest in Montague (instead of Capulet) is timeless. 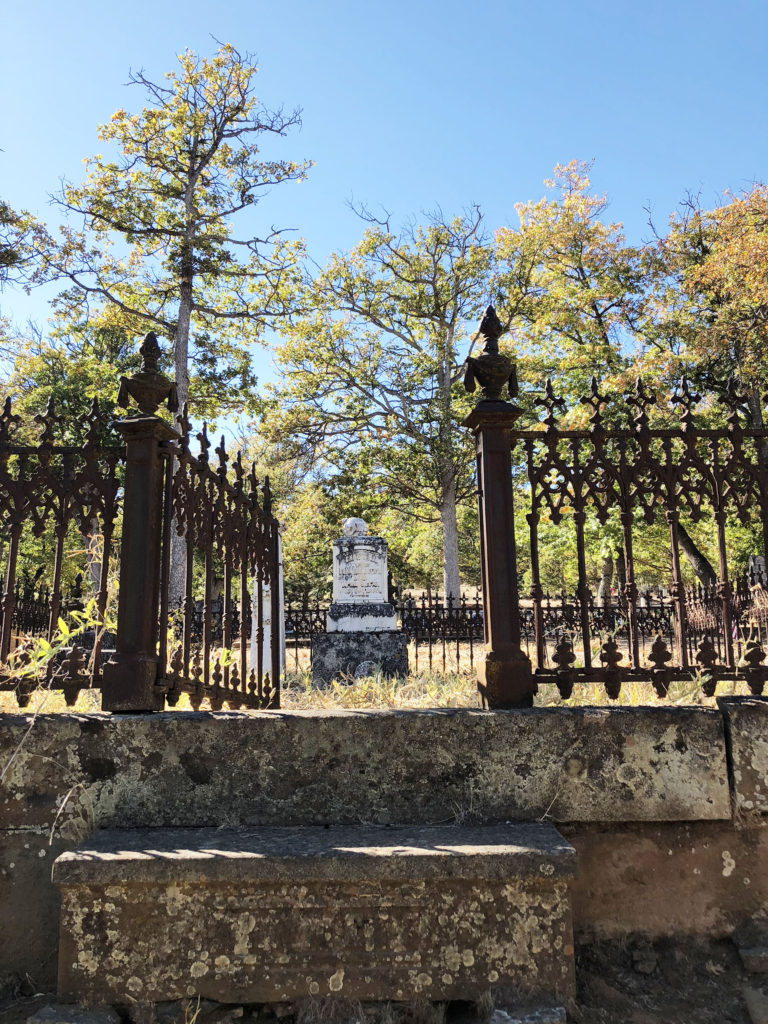 Having come with the Gold Rush, at least 1200 Chinese once lived in Yreka (only men were counted in the census), and some of them died there too.  While the remains of many were taken back to China, three forlorn souls are believed to remain in the old Chinese cemetery to this day, and a reminder of Yreka’s history. Across town at the Evergreen Cemetery is the other famous grave in Yreka: Randolph Collier, the US Senator who got the Collier-Burns Act of 1947 passed and brought the California Highway Plan into existence, thereby assuring three freeway exits into Yreka instead of two. Fun fact: the Collier Rest Stop at the junction of highway 96 and Interstate 5 north of Yreka is also named after him. 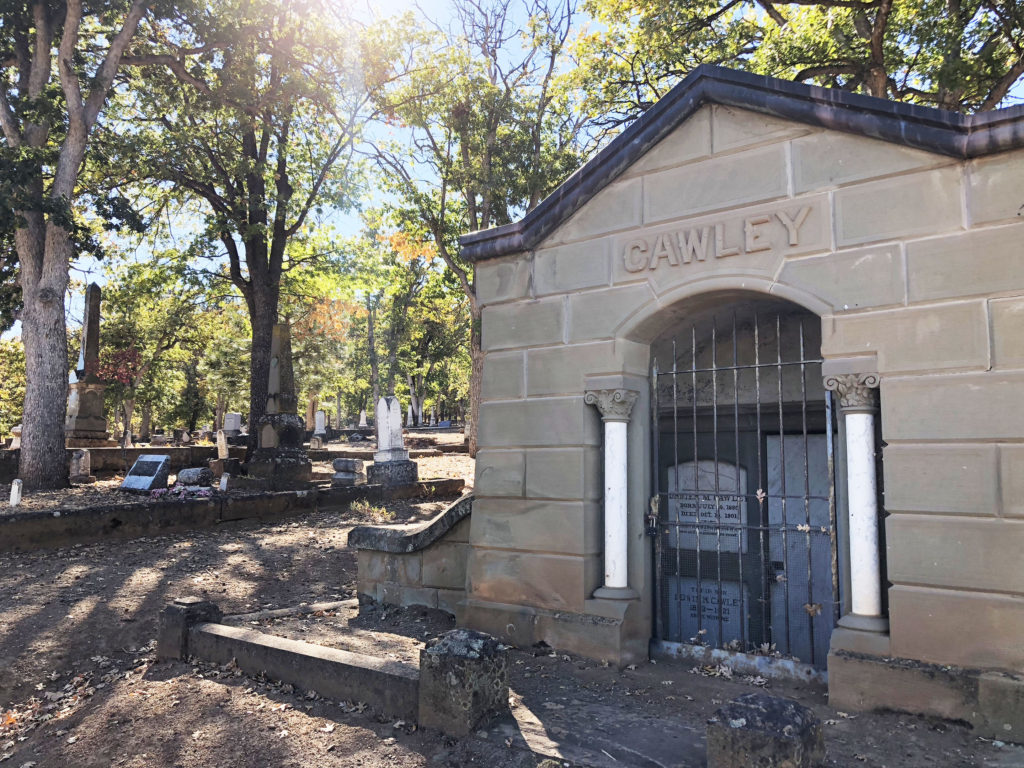 One of the most famous forever residents of the Dunsmuir Cemetery is Abner Weed, who not only served as a US Senator from 1907-1909, but founded the nearby town of Weed. His other claim to fame was being present at Appommatox during the Civil War when Robert E. Lee surrendered to Ulysses S. Grant.  (Abner Weed also built the Hotel Weed in Dunsmuir, which is partly why he’s buried in Dunsmuir instead of Weed.)

The Lincoln Heights Cemetery is was an African-American cemetery that was administered by the Mt. Shasta Baptist Church until 1972 when it was taken over by a non-profit that also manages the Winema Cemetery (Weed’s former white cemetery). The town of Weed has a fascinating African-American history of its own, but a grave to look for at Lincoln Heights is that of Emily Lee Hilliard, a local legend who worked as a fry cook in town was 102 years old when she passed away in 2011.  She was born in Mississippi but moved to Weed in 1943. On her 102 birthday, the City of Weed decreed that May 17th, 2011 was to be observed as Emily Hilliard Day.

Buried in Mt. Shasta you’ll find the grave of the notorious Major League Baseball shortstop, Charles “Swede” Risberg who played with the Chicago White Sox from 1917-1920 and even played in the 1919 World Series against the Cincinnati Reds.  That is, until he (along with Shoeless Joe Jackson among others) was banned from the sport for helping throw that World Series in the 1919 Black Sox Scandal conspiracy.  He died in 1975 at the age of 81, and was the last living of the Black Sox players. 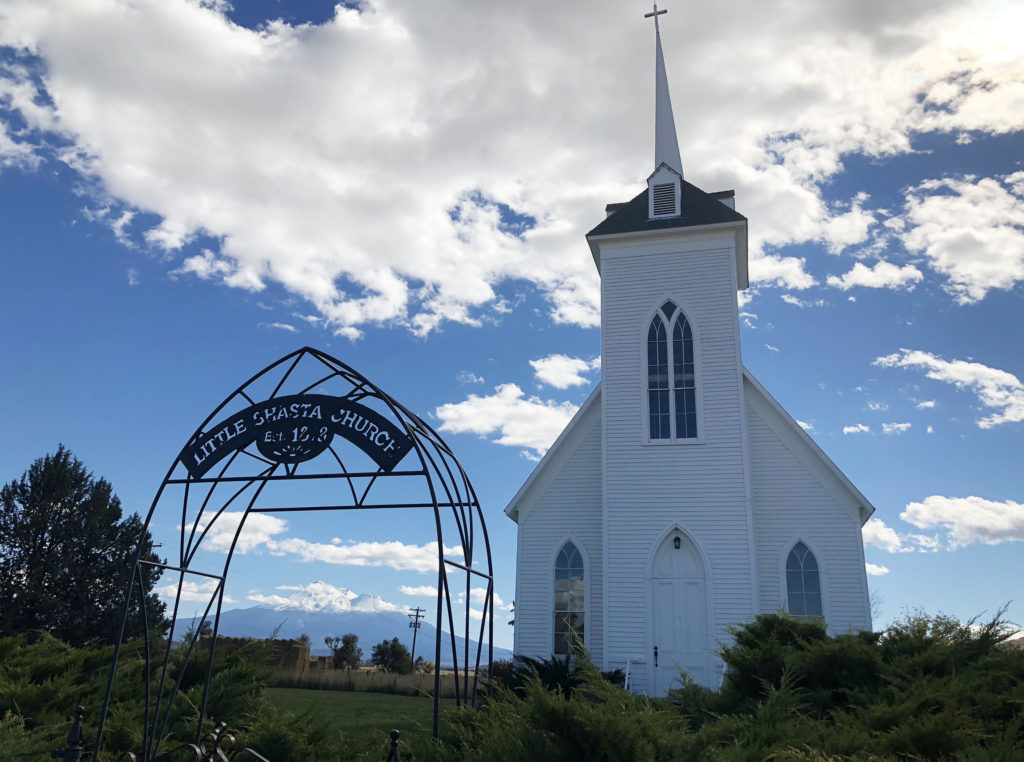 Here you’ll find the grave of Theo “Ted” Orcutt, the Karok master and King of the flintknappers who carried on the sacred tradition of the white deer knapper –

making the massive obsidian blades for the White Deer Dance Ceremony.  He was the last to hold this title and is world-famous in the stone tool-making world.

Tucked up on the scenic cemetery hill in Ft. Jones is the grave of US Congressman John King Luttrell, a member of the Democratic Party who served in the US House of Representatives from California from March 1873 until March 1879.  An avid fisherman and miner, he purchased a large ranch in Ft. Jones, eventually settling here for what turned out to be very long-term.

This little cemetery stands out as one of the most populated with famous names.  Among them are Stephen Meek, the notorious fur trapper that was the first known trapper to Scott Valley (then called Beaver Valley) and the leader of the ill-fated Oregon expedition that took the famous “Meek’s Cutoff.” Also among the more illustrious graves are Anita Loos whose penned work included “Gentlemen Prefer Blondes” and her husband John Emerson, a Hollywood director and screenwriter in his own right.  Also laid to rest are John Daggett and his daughter Hallie. John served as Lieutenant Governor of the State of California from 1883 to 1887, and then head of the US Mint in San Francisco. His daughter Hallie eschewed the life of a society woman and gained fame as the first woman hired by the Forest Service to be a fire lookout, which she did for 15 summers. Her old house is now on permanent display just down the road in Etna’s City Park.

Perhaps one of the most off-the-beaten-path tombs in Siskiyou belongs to Tacitus Arbuckle, a lonely site above his old property in Callahan.  Tacitus’ claim to fame was the founding of the town of Arbuckle, California, before moving north where he could hunt in peace. The grave sits just a glimpse away from the Old Oregon Trail, which he’d known well as he pioneered the West.